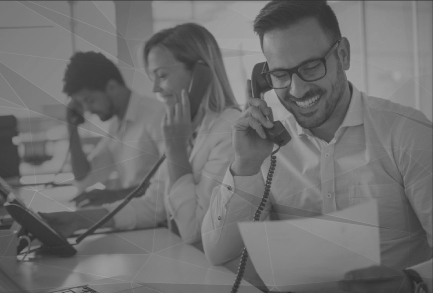 Business can be unpredictable; technology is complex and changes constantly. You want a telecom provider that works for your business and keeps it simple. That's Convergence. 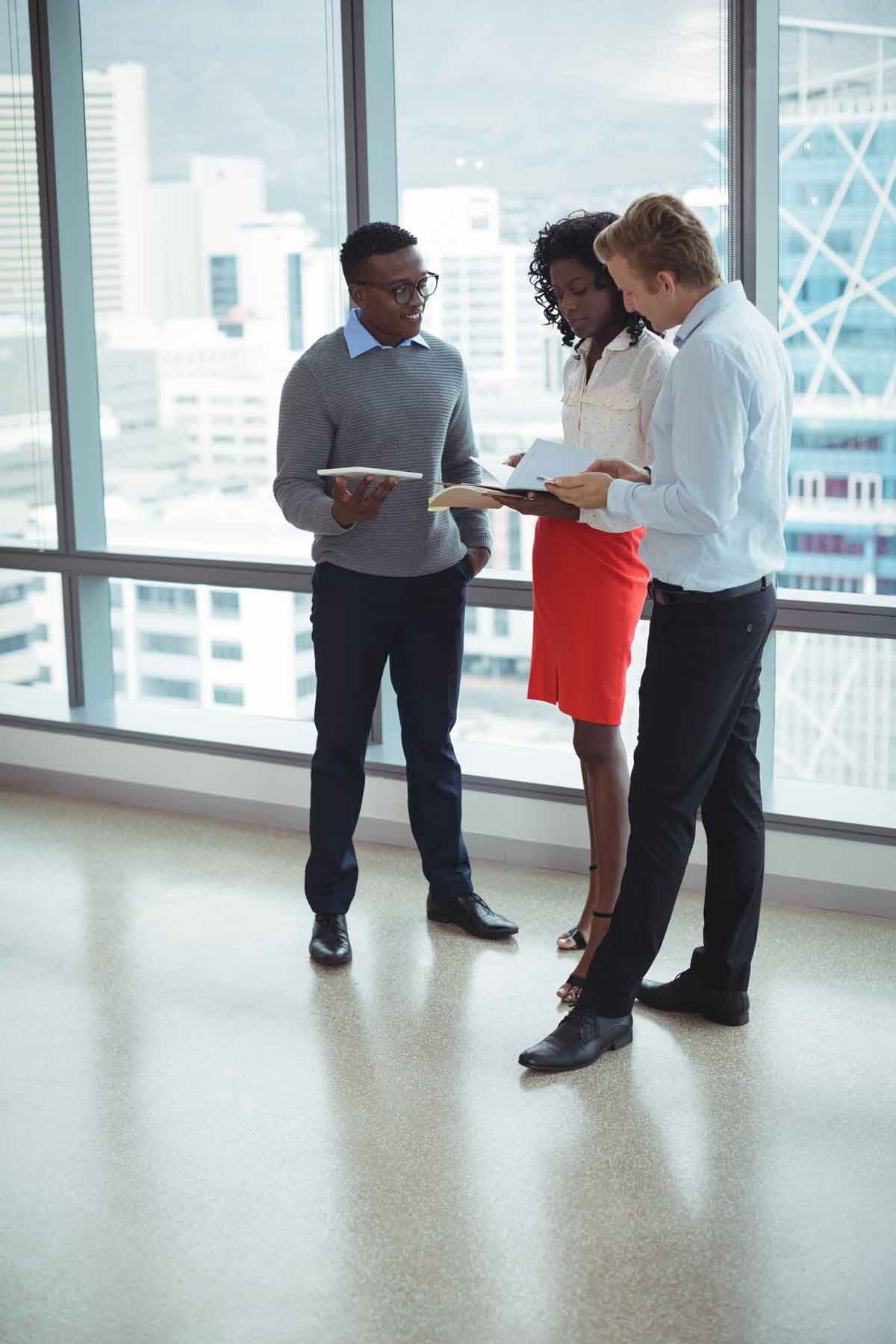 As businesses rely increasingly on cloud applications, the most important aspect of office infrastructure is shifting from processing speed to connectivity. A worker with robust, low-latency connectivity to the Internet can be more productive than someone with the newest desktop because so much work is done via cloud applications like Web Browsers, Mailchimp, Office 365, Google Drive, and even Quickbooks, which run in data centers. Add to this modern telecommunications like videoconferencing, and it becomes even clearer that network infrastructure needs to churn out top performance, not individual workstations.

Historically, it was necessary to connect workstations via Ethernet (wired) connections. Now, Wi-Fi has improved so much that Ethernet is taking a smaller role. It is more cost-effective (and just as fast) when your network infrastructure is based on building-wide Wi-Fi.

What Makes 2019 a Great Year to Renovate Building-Wide Wi-Fi?

If you want to take your network connectivity to the next level, then 2019 and 2020 will be great years for you. That’s because of vastly improved Wi-Fi technology, which supports powerful building-wide connectivity.

Wireless Mesh Routers: Convenient and with a dropping price point

A few years ago, Wi-Fi Range Extenders seemed a poor but necessary option, especially for office environments. They worked by picking up the original Wi-Fi signal from the main router and then broadcasting a unique, extender network. While this did eliminate deadzones, it also created two big problems.

The first drawback was that devices moving from one area to another would need to switch networks, sometimes manually, in order to stay connected. Security was also more difficult on the extender network.

Mesh routers improved on extenders in both ways. By rebroadcasting the same network, mesh routers allow devices to switch more easily between access points, while ensuring that the same security protocols exist for the entire office.

When they first came out, mesh routers were prohibitively expensive. You would pay $300 for the primary router and $100-$200 for each additional access point. Now you pay less than a third of that initial price, making them a convenient, powerful option for renovating the business network.

We quickly found a state-of-the-art Wi-Fi kit that covers 6000 sq. ft. at speeds of up to 2 Gbs for under $400 retail. Not bad for a building-wide connectivity transformation.

Wi-Fi Alliance, the governing body for Wi-Fi standards, is releasing the newest version of Wi-Fi in 2019. Called Wi-Fi 6, or 802.11ax, the new standard makes some significant improvements for high-traffic business environments.

Wi-Fi 6 uses some of the same technologies as 5G to lay the groundwork for the Internet of Things (IoT). It is designed to support multiple devices per worker while decreasing latency and increasing speed.

But even if you are renovating the office in early 2019, one of the most impactful technologies to be incorporated in Wi-Fi 6 will already be available.

There was one main weakness of mesh access points. Once connected to an access point, devices will stay connected until the signal drops. Then and only then will the device look for the strongest network connection, then reconnect. This means that if you walk from one side of a building to the other, say, while you are on the phone, you still run the risk of dropping the call, and, at the very least, receiving poor performance at times. It is not as bad as extenders, but travel across network nodes can still present a problem.

One of the new features of Wi-Fi 6 is called dynamic client steering. This protocol allows the client (device) to choose the strongest access point, rendering the main drawback of mesh, moot. EasyMesh was released in May, 2018 and is a significant step forward for mesh technology. Even if you do not opt for Wi-Fi 6, make sure your mesh includes EasyMesh.

How to Architect a Comprehensive Wi-Fi Plan

Wireless mesh technology has supplanted Ethernet as your go-to networking system, but Ethernet still has a valuable role to play, especially if there will be many devices connected to the network, or multiple floors in use.

With dynamic client steering, you can ensure that each device will be connected to the nearest node. Placing access points within easy reach of all building locations ensures that there will always be a strong signal. However, remember that all signals will be relayed back through the node structure to the primary modem with access to your Internet Service Provider (ISP). This presents a potential bottleneck for large offices’ outgoing network traffic.

You can increase performance by integrating an Ethernet backbone.

Ethernet backhaul gives outgoing traffic a dedicated, wired infrastructure to use, significantly increasing the effective bandwidth. When you architect your building-wide Wi-Fi, try to connect as many nodes via Ethernet as possible. 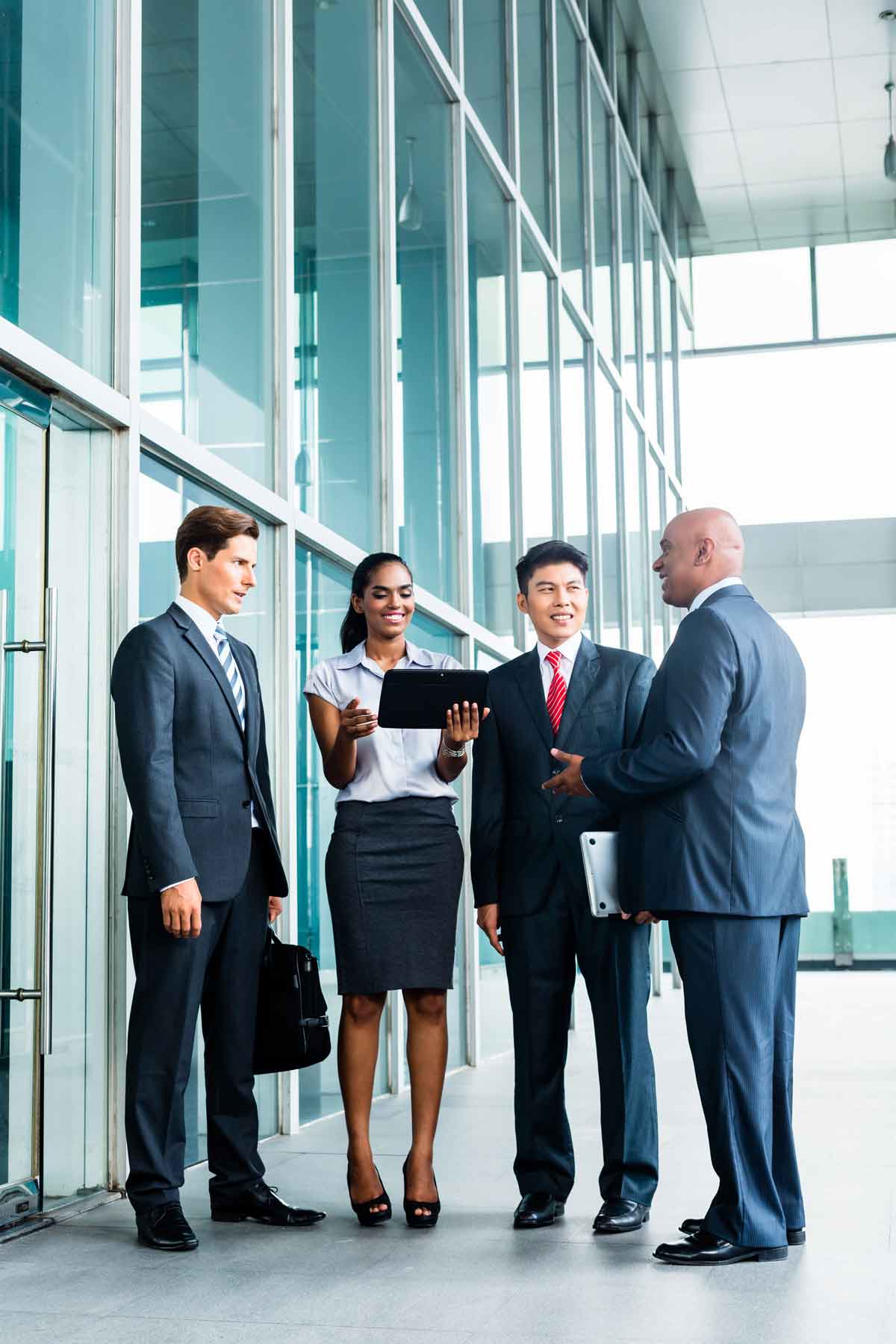 These products work in pairs. Plugged directly into electrical outlets, one unit will transmit a signal while one receives further up or down the circuit. Some wireless mesh systems include powerline backhaul, but you will need to specify this feature in your search.

Keep in mind that you will be using your electrical wiring system, so ensure that transmitter and receiver are not isolated electronically. Some complex wiring systems may be difficult to navigate, so before pursuing this option talk to the building manager about circuitry.

Architecting a Building-Wide Wi-Fi that Will Last

It is truly a great time to renovate your office Wi-Fi system because the largest problems have been overcome already. This is one area where competition and smart engineering have come together to produce cost-effective systems that work like they should. Still, further development will come before you know it, Wi-Fi 6 and Wi-Fi 7 being the most important.

Since many technologies behind Wi-Fi 6 are already available and in use, any current Wi-Fi redesign will last at least a couple of years while new technologies are becoming standardized. Remember that the most important aspect of Wi-Fi 6 will only be achievable by new devices with the appropriate hardware. The most transformative speed boost of the new standard will require a complete refresh to your workstations.

Contact us today to learn more about building wide wi-fi!